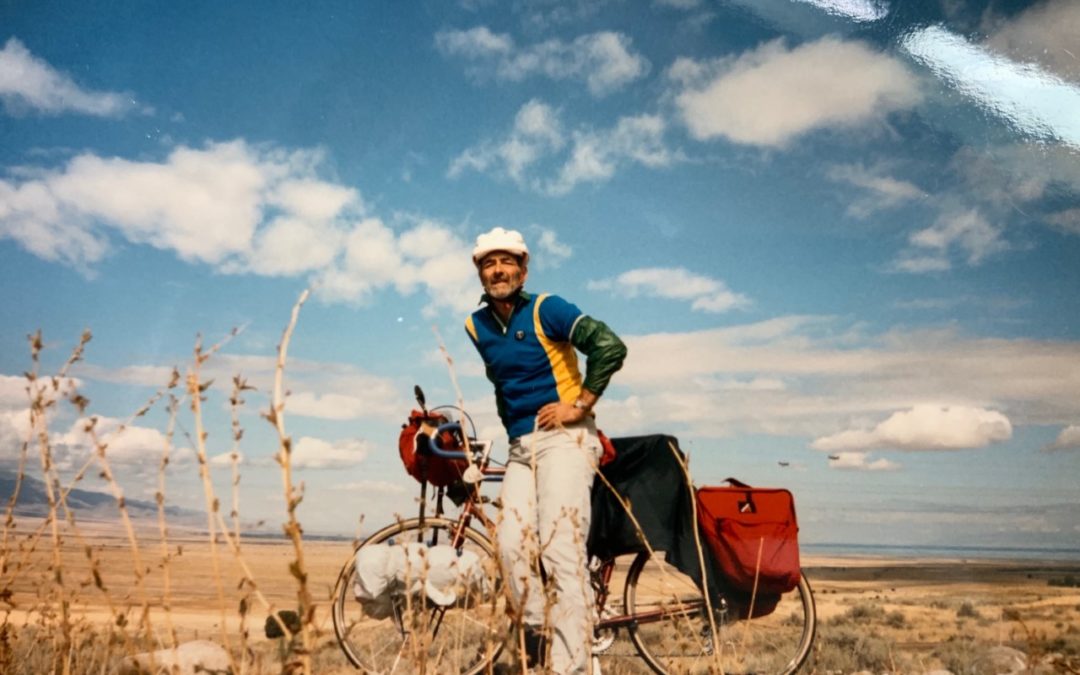 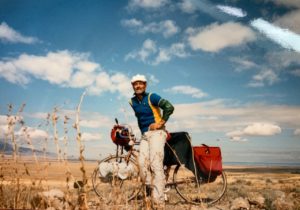 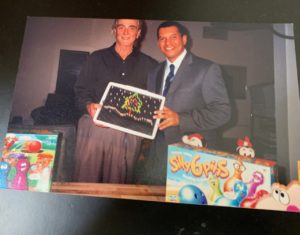 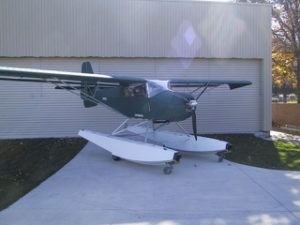 Burt Meyer doesn’t play around with life experiences. In his remarkable 95 years, Meyer has been known to dive right in, immersing himself in creativity, knowledge, technical works and adventures.

Meyer, a resident of the King-Bruwaert retirement community, shares a long and storied history. After serving in the Navy from 1944-46, Meyer enrolled in an MIT prep school to hone his mechanical skills. Taking advantage of his GI Bill education benefits, he headed to West Georgia College where he met a “really great art teacher, Hugh Wallace, who recognized Meyer’s creative side. Wallace encouraged Meyer to attend the Institute of Design in Chicago where his artistic leanings could be further enhanced. Meyer graduated from the school and was offered a teaching position by Wallace who had now become the Director of Education at the Atlanta Art Institute.

But Meyer’s take on education included a free-spirited approach to “unlock the minds” of promising artists. He instituted a no grade system where the only requirement to pass was showing up. This, plus a few outside-the-box assignments didn’t exactly pass muster with the Institute’s administration. Meyer left Atlanta and headed back to Chicago, working short-term in the cabinet business and then for a display company – jobs that didn’t offer him long-term appeal but paid the bills for his family.

Meyer’s career took a sharp turn in the right direction when he followed up on a friend’s suggestion to apply for a job as a designer for Marvin Glass and Associates (MGA). MGA was a unique toy invention studio based in Chicago. Marvin Glass was looking for someone with an engineering background, but was willing to hire Meyer because he was multi-talented with skills in photography, painting, architecture, and product design. Although the early days were challenging, Meyer proved his value and went on to create such famous toys as Mr. Machine, Lite-Brite, Rock ‘Em Sock ‘Em Robots and many others. He also offered his creative touch in collaborating with the creation of Mouse Trap, Toss Across, Hands Down, Tip-It-Inch Worm and many more  toys and games.

One of his favorite stories originates with the now famous Lite-Brite toy. Meyer, Glass, and fellow designer Henry Stan, attended the 1966 Toy Fair in New York City. While the men were casually walking on Fifth Ave., they spotted the AT&T Building which had an enormous display of bright and colorful light bulbs that were truly impressive. They looked at each other and shared the same sentiment:  “Wow, wouldn’t a kid love to play with something like that?” Stan and Glass initially thought there was no way to create such a toy, but Meyer thought differently. Having previous experience working on juke boxes, he had experience in piping light from a single source to many sources and he felt strongly that he could create the same magic in a toy.

After returning to Chicago, Meyer immediately began to build the model toy. Once the prototype toy could be presented, Glass called in the president of Hasbro Toys, Merrill Hassenfeld.  In a darkened conference room, Meyer plugged Lite-Brite in, pushed in one peg and it lit up, to the amazement of everyone seeing it for the first time.

Hassenfeld enthusiastically said, “That’s my item. How soon can you have the model completed, including artwork, and sent to us?”

Two weeks later, the model was ready and Meyer delivered it to Hasbro. Lite-Brite was then manufactured, and at the next Toy Fair, it was an astonishing success. Today’s youngsters enjoy a newer, more modern version of Lite-Brite – and the toy continues to be very popular. Meyer also received a Lifetime Achievement Award for creating Lite-Brite and sharing his invention with the world.

Beyond Meyer’s professional background and whimsical spirit, along the way he became quite the adventurist, aspiring to take many memorable journeys. In 1985, at age 59, Meyer biked across the United States from San Francisco to Charleston, SC, completing the trip in 45 biking days. Ten years later, he joined the Northwest Passage Outing Club to take part in an extraordinary and extensive trek to the North Pole with Chinese and American travelers who reached their daily destinations on dog sleds and cross country skis. Meyer’s extensive experience in cross country skiing, including 10 years of competing in the Birkebeiner Cross Country Ski Race, was very helpful for the rugged trip. Meyer remains bonded to those who traveled with him in the cold tundra. He was the oldest participant in the trip, but age was no barrier for him, and he was possibly the oldest person to have ever traveled to the North Pole on cross country skis at that time. The trip started 150 miles from the North Pole and it took 15 days to complete.

Then there were memorable fishing trips he took to Alaska with family and friends. Fond memories are shared of Inn-to-Inn kayaking along the coasts of Crete and Turkey, as well as kayaking and camping in the Arctic Circle.  An avid scuba diver, he traveled to the Solomon Islands and New Guinea to explore the beauty of the deep sea. As a seasoned pilot, he traveled throughout the country on business and pleasure in his own airplane, and also traveled into the bush of Canada in a float plane. For years, Meyer owned a home with an airplane hangar  along a landing strip in nearby Downers Grove. Only recently did he decide to give up his piloting activity after a long, accomplished career in flying. He holds the coveted FAA award for 50 years of safe flying. He also taught his son, Steve, to fly at a young age. Meyer built his own amphibious plane, as well as a competitive sailplane/glider and spent many seasons in competitive gliding.

Today, Burt looks back on his incredible life, knowing he forged an unconventional path to realize remarkable dreams and opportunities. Along the way, he brought joy to generations of children by creating toys that would keep them happy and playful. He inspired his family and friends to try new things, explore exciting places, travel to distant lands and accept new challenges without trepidation. He shares a favorite quote from P.T. Barnum that best sums his accomplishments: “The noblest art is that of making people happy.”

On that note, he’ll always be a trailblazer.

In collaboration with Burt Meyer, Steve Meyer and Gile Meyer

-Burt Meyer is pictured on a coast-to-coast biking trip, east of Colorado Springs, CO, in the late 1980s.

-A CBS Morning News reporter interviewed Meyer about the inspiration and details of creating the famous Lite-Brite toy in the early 2000s.

-This unique airplane is a KitFox that Burt built and flew.