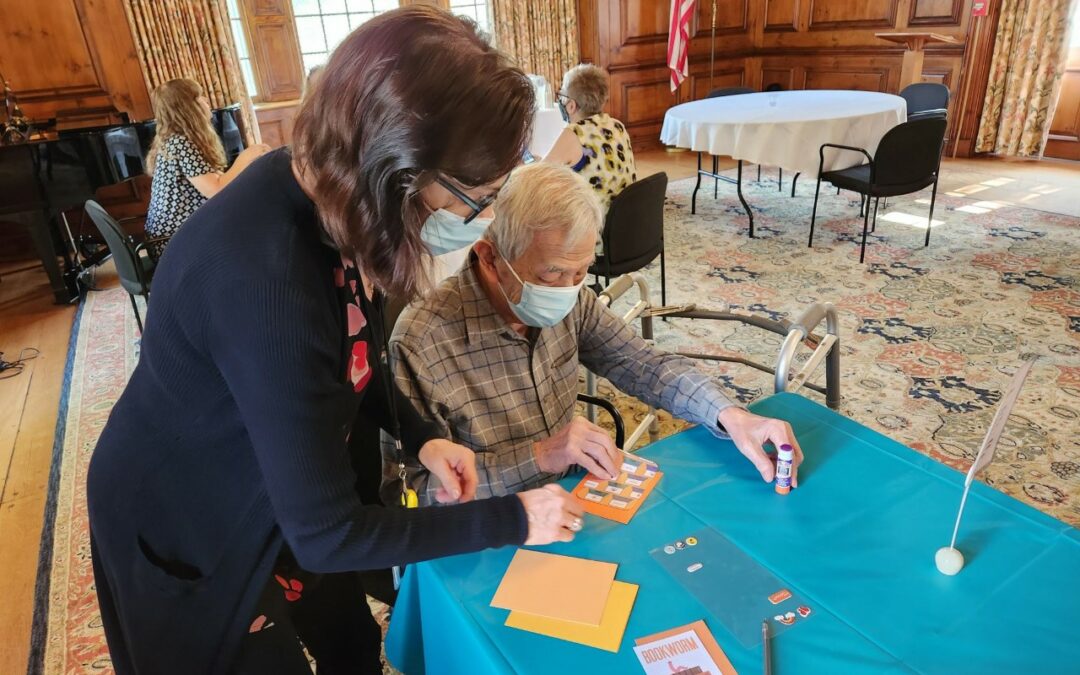 A service project for school children turned into a successful and meaningful endeavor for residents of King-Bruwaert House (KBH) in Burr Ridge. Early fall, a group led by resident Lorraine Wolfe, called a meeting to discuss community service options to involve as many people as possible. Following the session, it was decided the group would create hand-made note cards for children at Anne M. Jeans Elementary School in Willowbrook.

KBH Social Service Manager Emily Neustadt attended the meeting, along with Lifestyle Director Leslie Grey-Lippold. “We were there to support their ideas,” Neustadt said. “It was so nice to see everyone come together with their plans.”

On behalf of the residents, Neustadt contacted School District #180 social worker Meghan Radtke who was delighted to hear about the Jeans project. She suggested the cards be made for 44 fourth grade students. Fourth grade is a transition grade at Jeans, preparing the students for a move to the Burr Ridge Middle School next year. Radtke thought the cards would be a great way to wish the children well on their educational journey.

KBH residents then scheduled a card-making party with supplies acquired and provided by Rose Ann Hoof, a resident of The Woods of King-Bruwaert. Using school theme accessories, residents came together to make more than 80 colorful cards featuring images of books, school buses, crayons and pencils. Each card conveyed a message and was signed by the resident using a first name.

“The residents were very passionate with their creativity,” Neustadt said. “They really put a lot of thought into the details of the cards.”

Once the cards were completed, Neustadt was joined by KBH Chaplain Lisa Capozzoli and Woods residents Mary Therese Hester and Jane Foster to deliver the cards Oct. 3 to three separate fourth grade classrooms. They were surprised to learn they were one of the first groups to visit the school due to previous restrictions with the pandemic. The fourth graders were delighted to see the KBH visitors who handed out a card to each student.

Hester, who once served as a school nurse, said the experience brought back many positive memories for her while observing the children.

“As we handed out the cards, you could see their eyes just light up,” she said. “Their smiles were so special. It was a wonderful experience.”   Extra cards were presented to the school for future use with Jeans students.

KBH residents are now ready to take on a new project to support the fourth graders. Their next plan is to make a book donation to the youngsters – providing multiple copies of the same book that can be enjoyed and discussed within the classrooms. Plans are underway to involve the teachers in selecting a theme book for the children.

“I’m very proud of our residents for taking the lead on this,” Neustadt said. “This was all about our KBH family doing something very empowering to make a difference.” 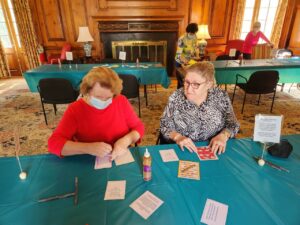 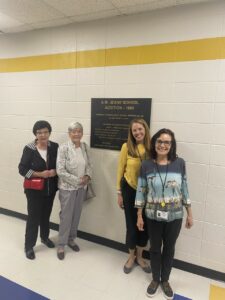 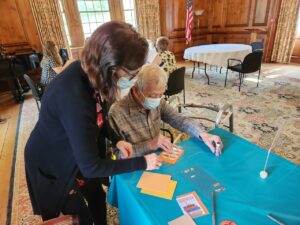